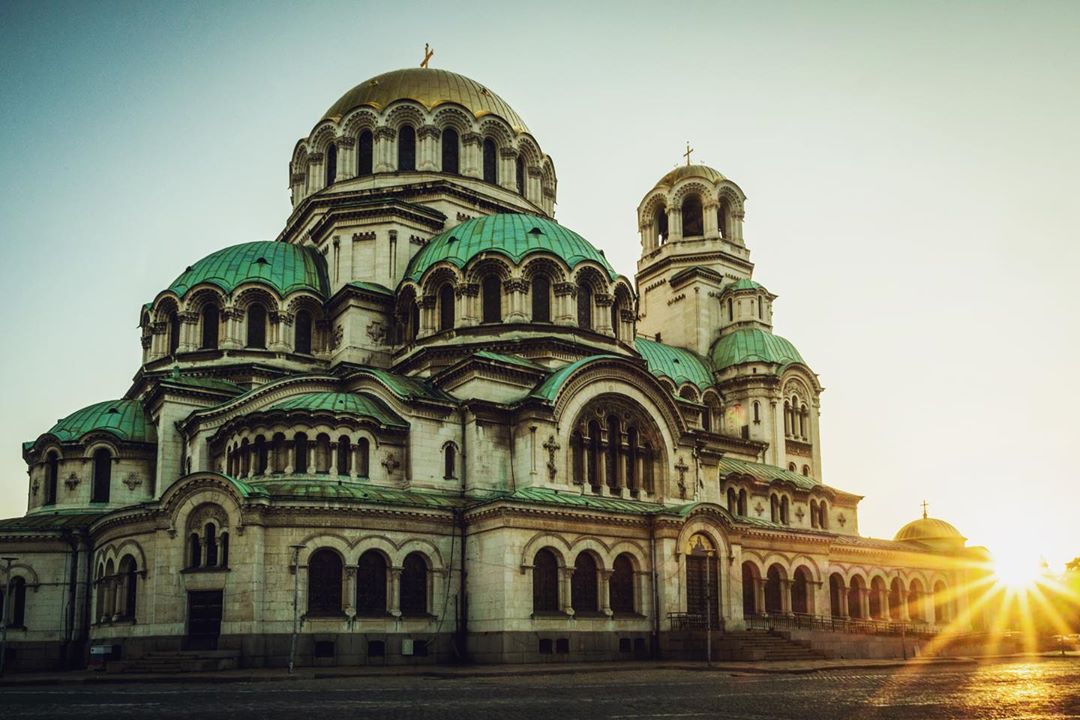 This race was a tough one. All of it. The race itself and the logistics around. I was looking forward going back to Bulgaria, after a short visit in Ruse earlier this year. I really liked the city and the time I spent there. Sofia was different but awesome as well. It's surrounded by the Balkan Mountains and I was a bit afraid, that there will be no wind but a lot of heat during the race - I was not disappointed.

I arrived by plane late at night and had a quick chat with the crew and pilot, waiting for a bus. I took the metro to the city centre and had to walk a while to get to the hotel. Despite being the middle of the night, the city still felt very much alive and active. There were many people in the restaurants and on the streets. The next day, I went sightseeing and the Alexander Nevsky Cathedral is really impressive. From the National Palace of Culture to the ancient ruins of Serdica and the Statue of Sveta Sofia there was much to see and to explore.

The Expo was very small near the Knyazheska Garden - just in walking distance of the hotel. They had a particularly nice and cute bag, which I liked much more than the usual plastic bags. After picking up my bib I checked out the start / finish area nearby and went on to Vitosha street for some food and drinks.

The next day I watched the start of the Marathon and then everything went quite quickly. We started before the offical starting time and everyone was just rushing to the gates. It had a chaotic atmosphere but was exhilarating at the same time. The first couple of kilometers was through the city, and on my way to the Lion's Bridge I already saw the Marathon runners coming back. After five kilometers the track went down one of the many bridges. This also marked the start of a long and lonely distance on the highway.

I missed the first aid station - there was only a small table with some bottles and I thought, other tables with cups of water would be there as well - but there were none. The sun was burning harder and I really should have taken one of the bottles, but then I didn't want to run back either. There was a part of the road (a motorway), shared with cars, passing by and getting close. It felt a bit weird but soon after we had the whole road to ourselves again.

We ran to the airport and back. It was all very flat. But there was no shadow and no wind, instead there was a lot of sun and no escape. On my way back, I was glad there were bottles of water, and not just cups. I definitely needed to hydrate more than in other races. I also saw the leaders of the Marathon race two more times, as they were running the Half-Marathon twice. A small group with a large gap between them and the pursuers.

Going back into the city was quite hard. The weather was too warm for me and it was going uphill - quite steep. Too steep for me this day. I decided to slow down and walk for a couple of meters. Going up the bridge was really exhausting and I was not the only one taking it easy. After the bridge I was able to pick up the pace again and the hardest part was yet to come: the cobblestone. This really hurt. Running around the Cathedral however, was quite a boost for a strong finish - if only I could. It was hard to go for a sprint, but I finished under two hours anyway - 01:55:12. Not too bad for the circumstances. The race was long and hard and I think it was the hardest one for me so far, by far.

Back at the hotel, the next challenge was waiting for me. I already discussed with the hotel staff about checking out late, from Thursday to Sunday. Despite the mail I got, which said it would be OK, it was a fight every day to get an answer. And every day the answer was "no". So I went back to the hotel, sweating, stinking and was asking if I can get back into the room - as it was before 12:00, the official check-out time. I could not. Somehow they managed to give me a card for someone else's room, who just checked out this minute. Probably only, because I was so persistent on having a shower and had no intention of moving out of the lobby. At least I was able to use the shower. "I'll be back in 20 minutes", I said - "No, no, no. You have five - the room needs to be ready in two hours", they said. I took my time and took a shower for as long as I needed (or wanted) and went back down to bring back the key. "While you were up there, did you have anything from the mini bar?" I left extremely pissed-off and should I go back to Sofia, I will definitely not book this hotel again.

The next disappointment was, going through the pictures - hundreds or a thousand. There was no service as for all other races - I had to browse manually on Google Drive, only to find a single picture, in which I am blurry and cut off in the corner. At least I did not have to pay for it this time.

All in all, it was a very tough weekend. At least I saw a new city, had some fun and also had the feeling that this was a medal I really earned the hard way. 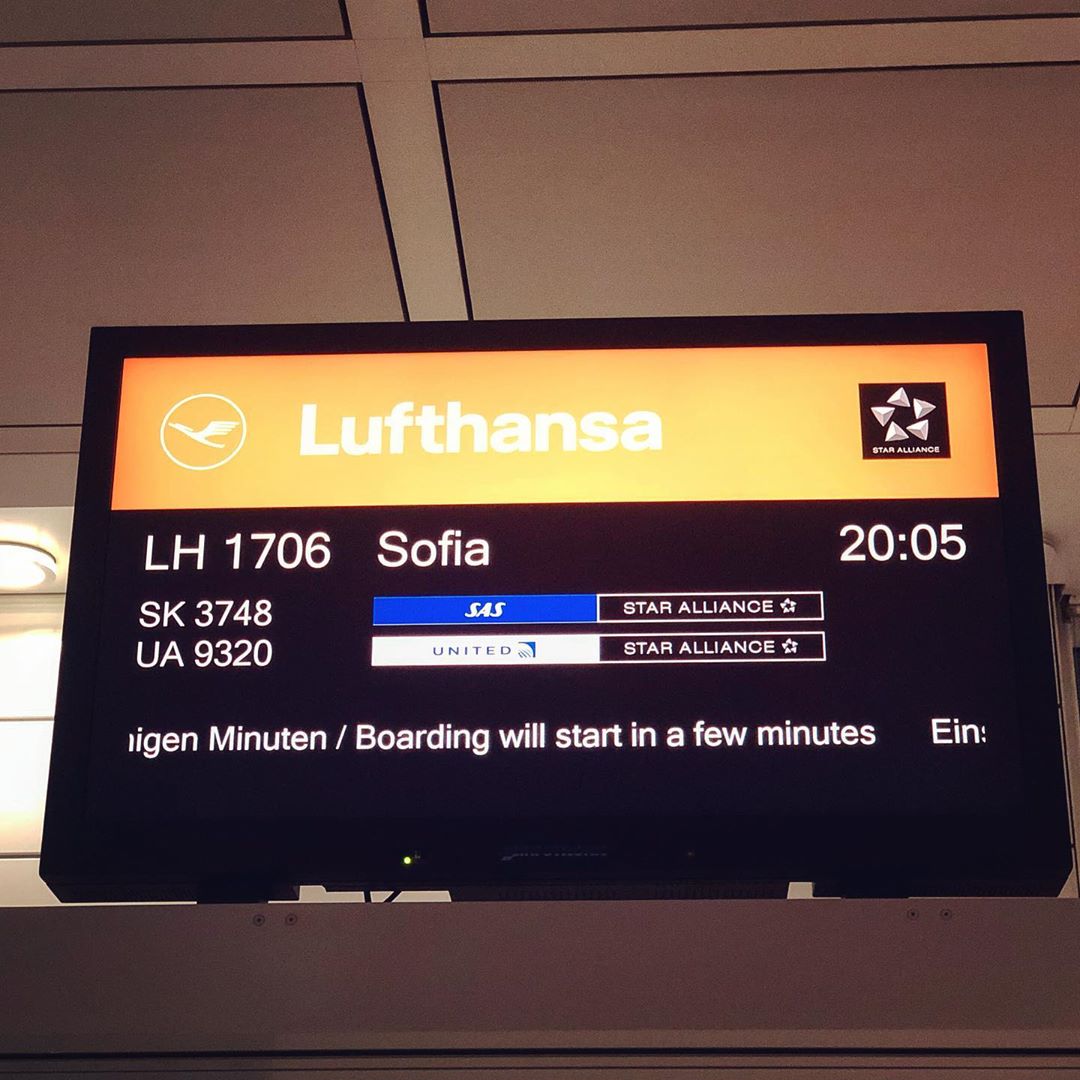 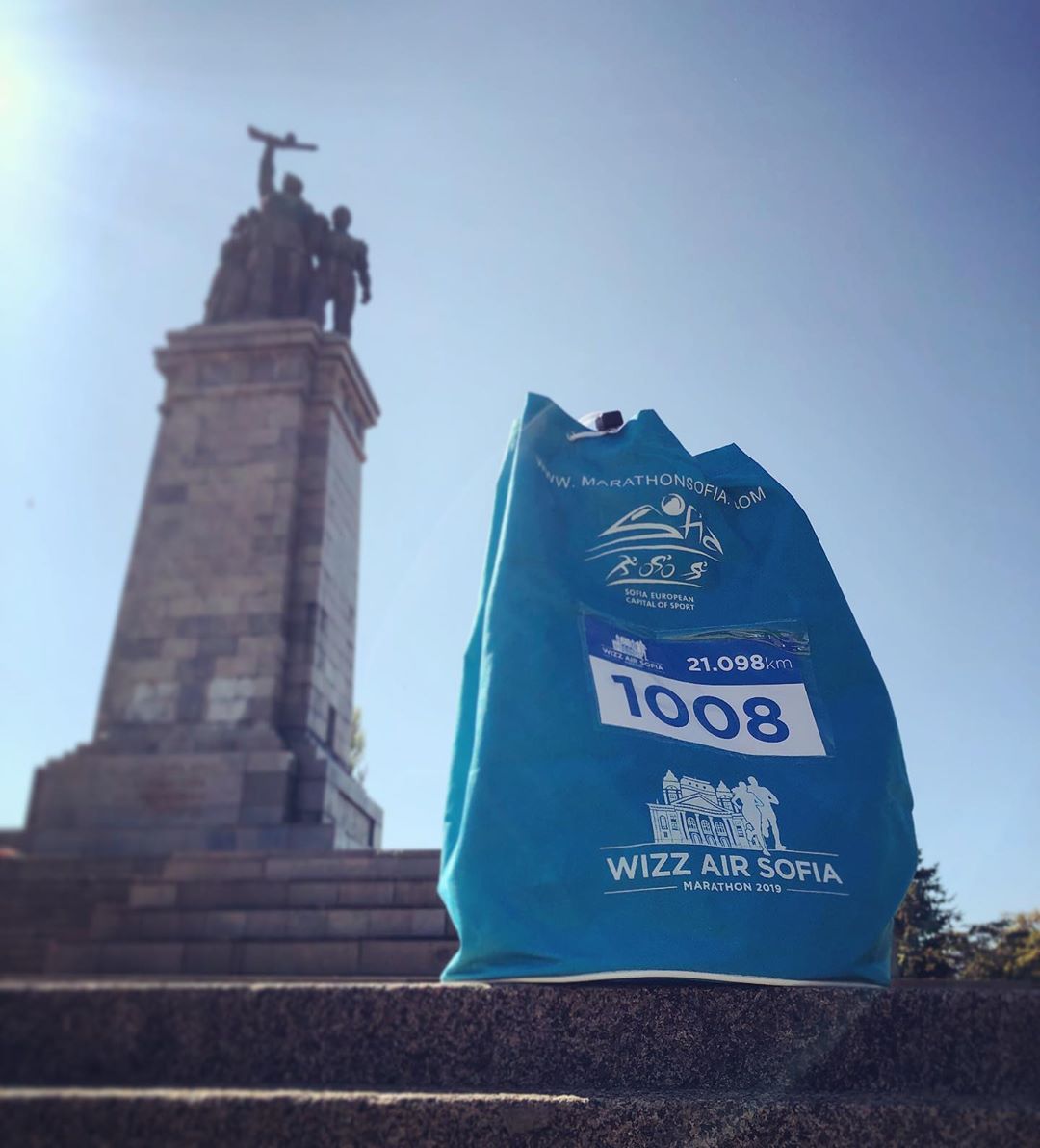 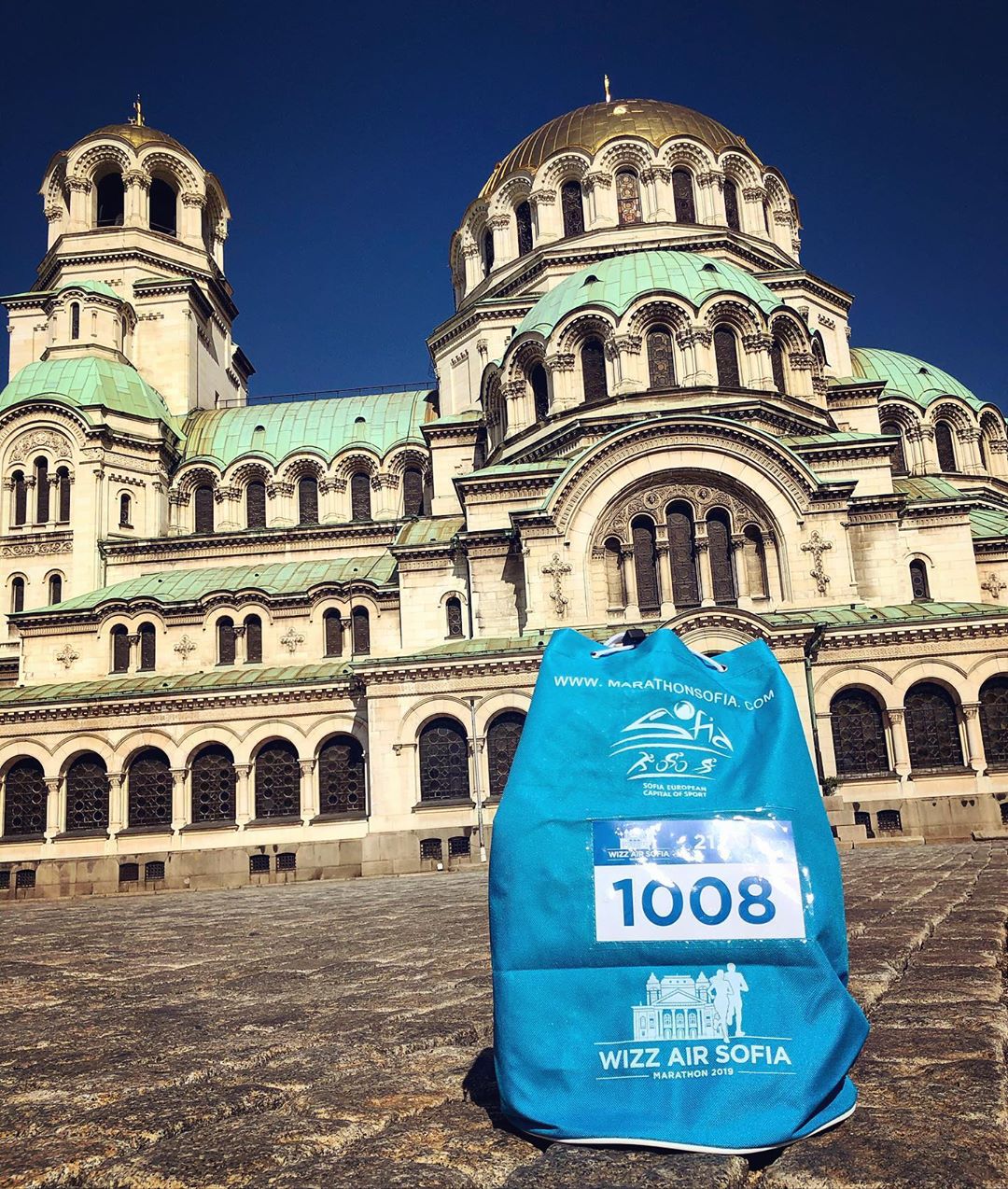 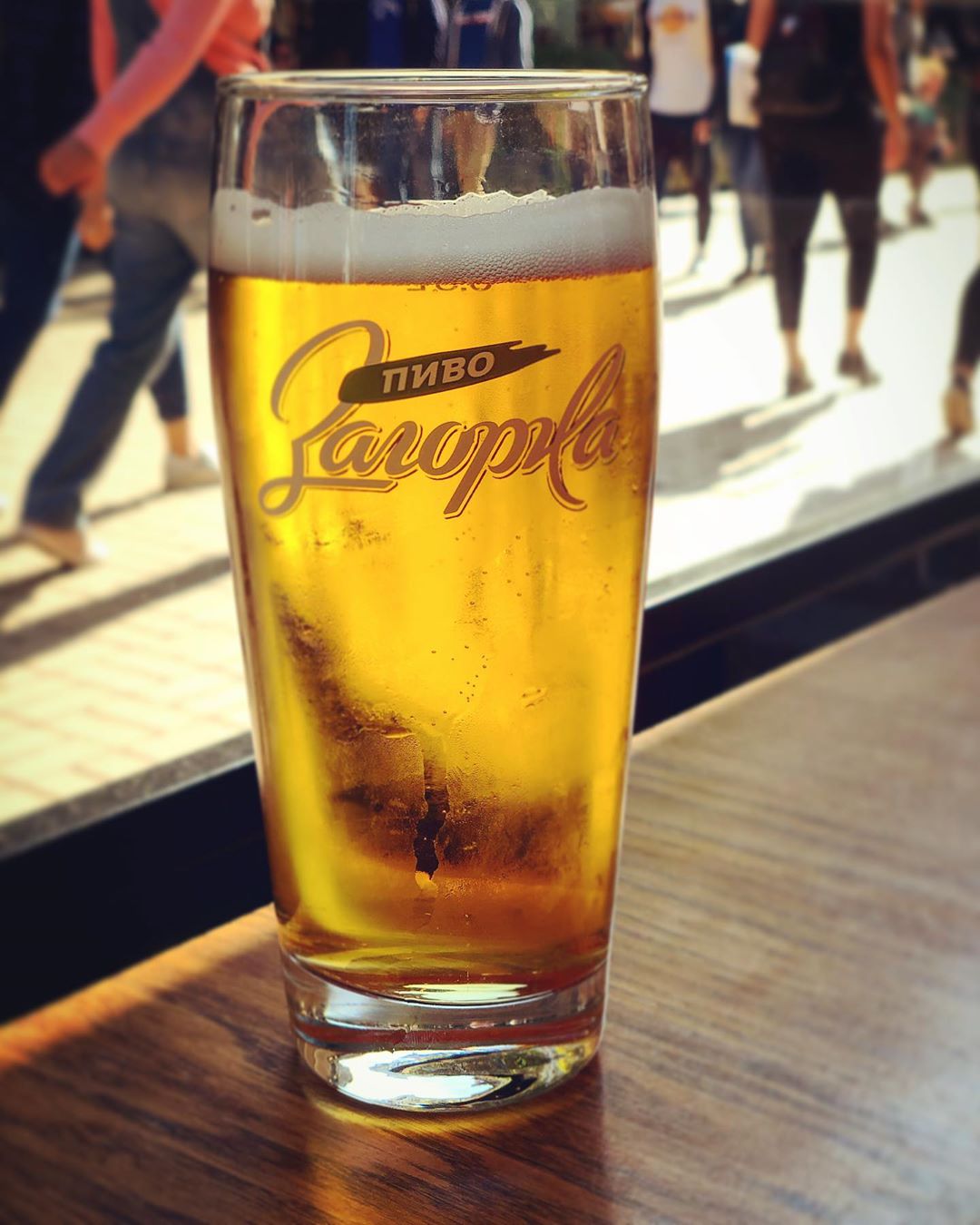 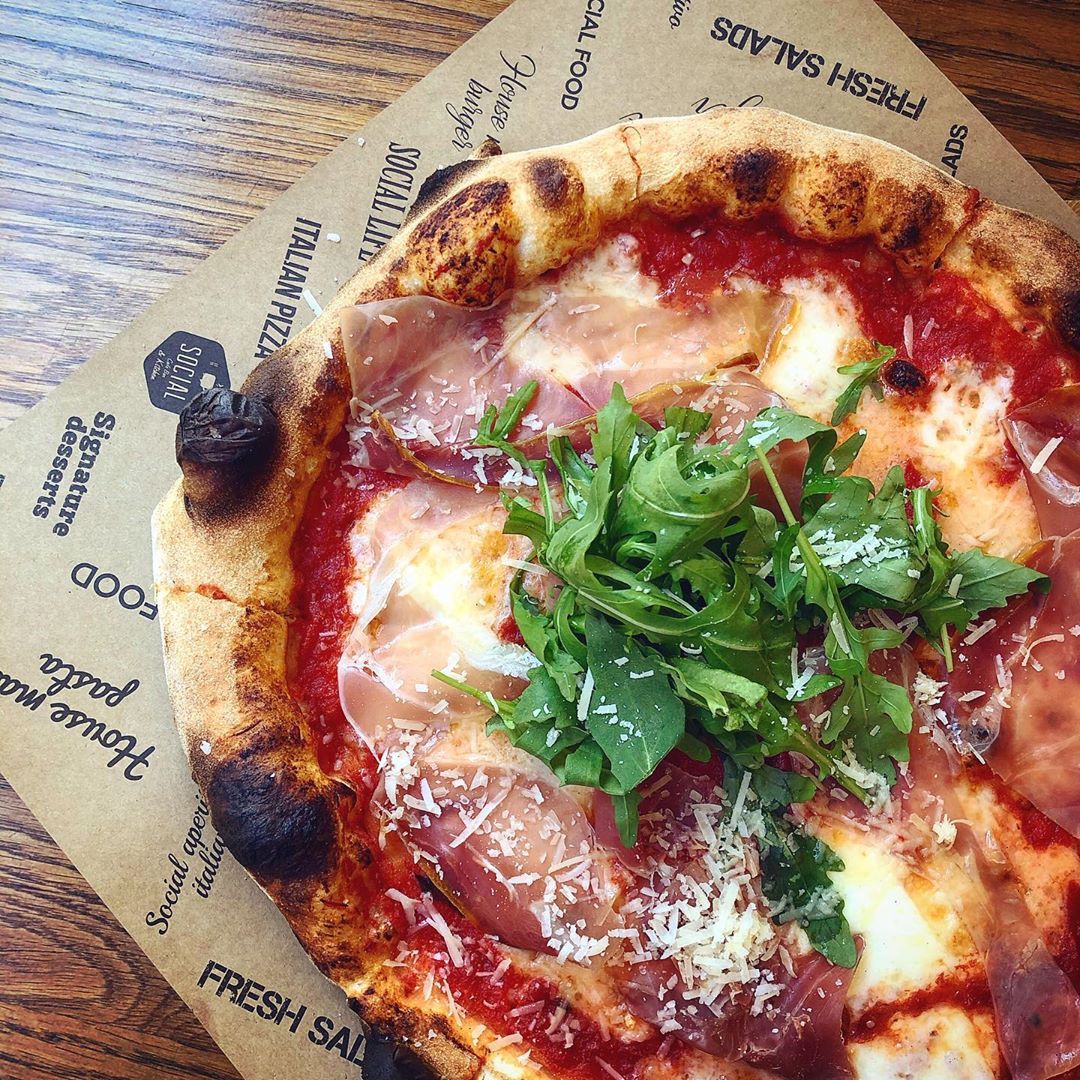 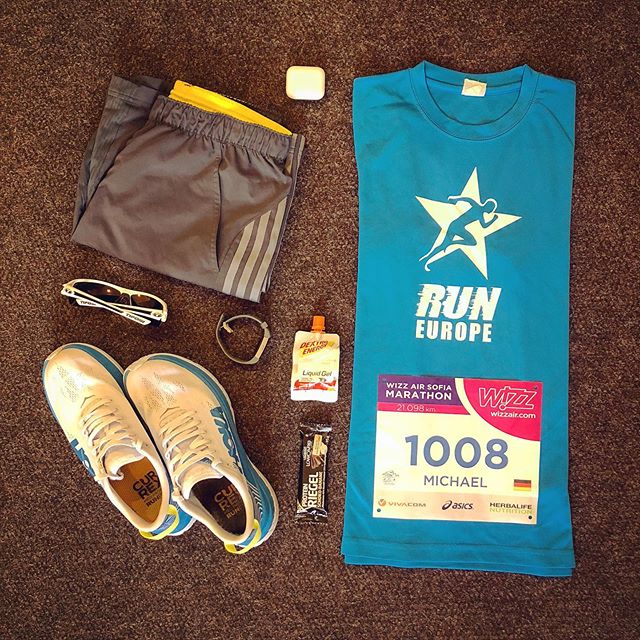 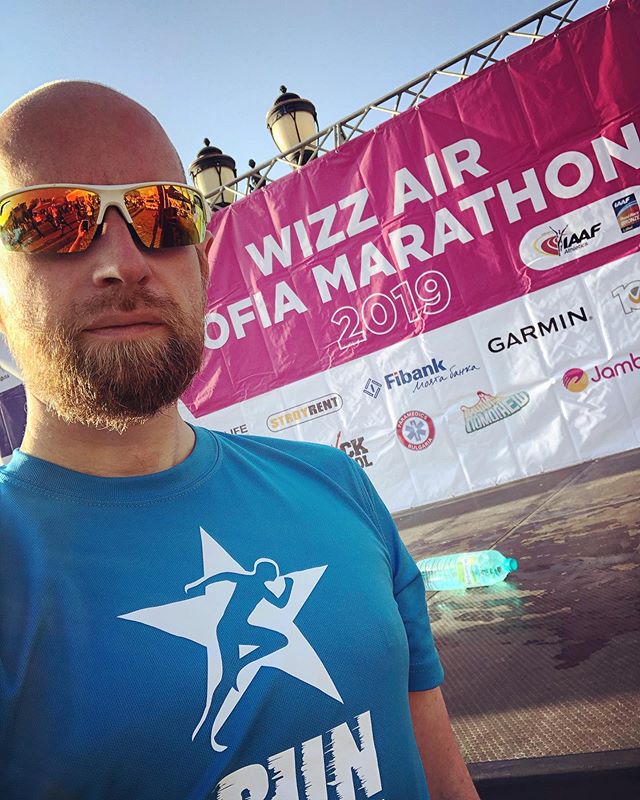 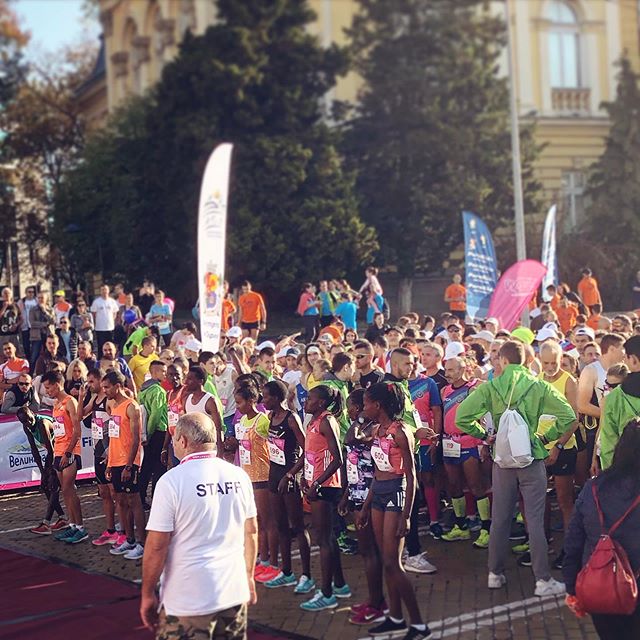 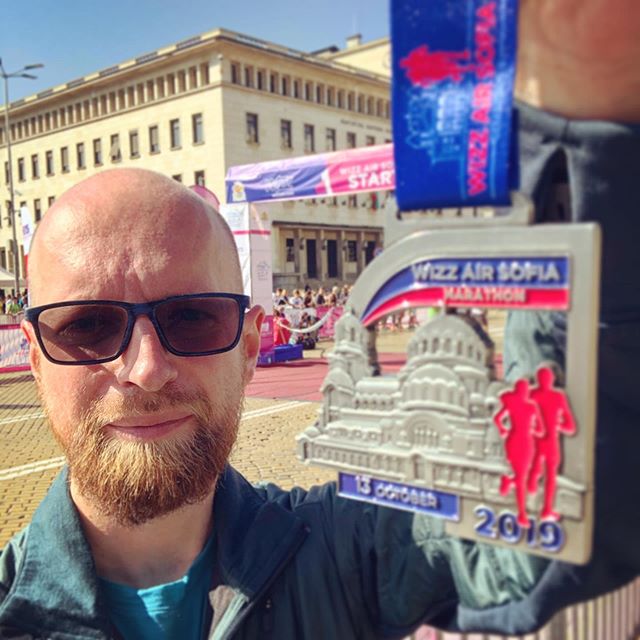 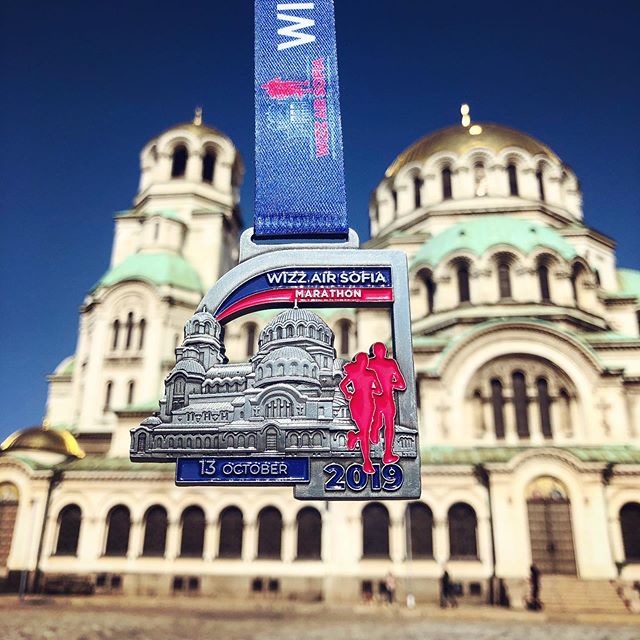 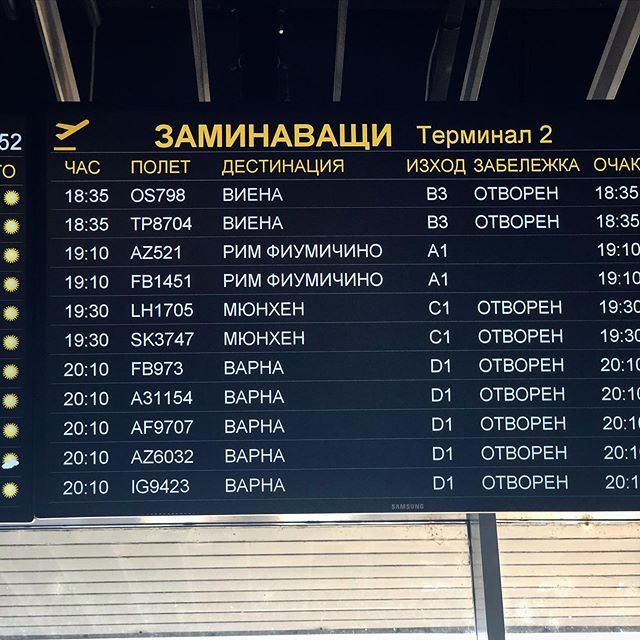 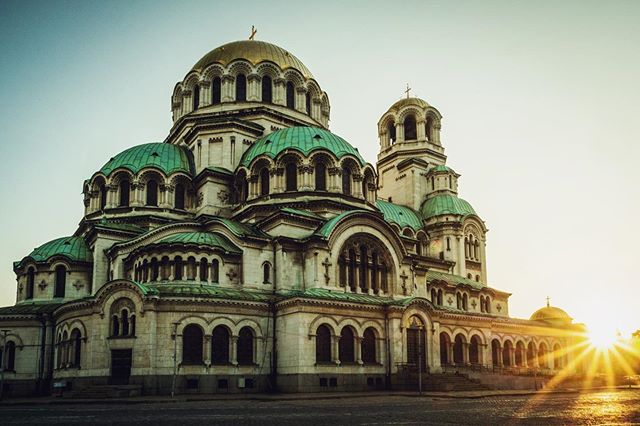